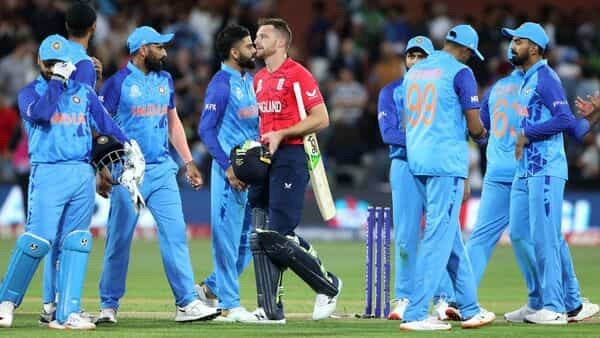 The ICC Men’s T20 World Cup 2022 has been eliminated after Team India suffered a humiliating 10-wicket loss to England in the semifinal match at the Adelaide Oval on Thursday, November 10. After losing to New Zealand in the 2019 ODI World Cup semi-final, India competed in their first ICC play-off game. Despite once again coming close, India has now gone nine years without winning an ICC championship.

The England team successfully chased down the target in just 16 overs without losing any wickets while the Rohit Sharma-led team only managed to score 168 for the loss of six wickets after 20 overs.

With an unbeaten 80 runs from 49 balls and his opening partner Alex Hales scoring 86 runs from 47 balls, English captain Jos Buttler set the tone for the team. They amassed 170 runs for the first wicket and prevented India from having a chance to win the match.

Wasim Akram, a renowned Pakistani fast bowler, expressed interest in India’s failure to win the Twenty20 World Cup after the 2008 launch of the Indian Premier League. Wasim thinks India’s bowling struggles are due to the IPL.

Avesh’s IPL pace dropped to 135 after one season. Therefore, the BCCI should investigate why this keeps happening in Indian cricket.