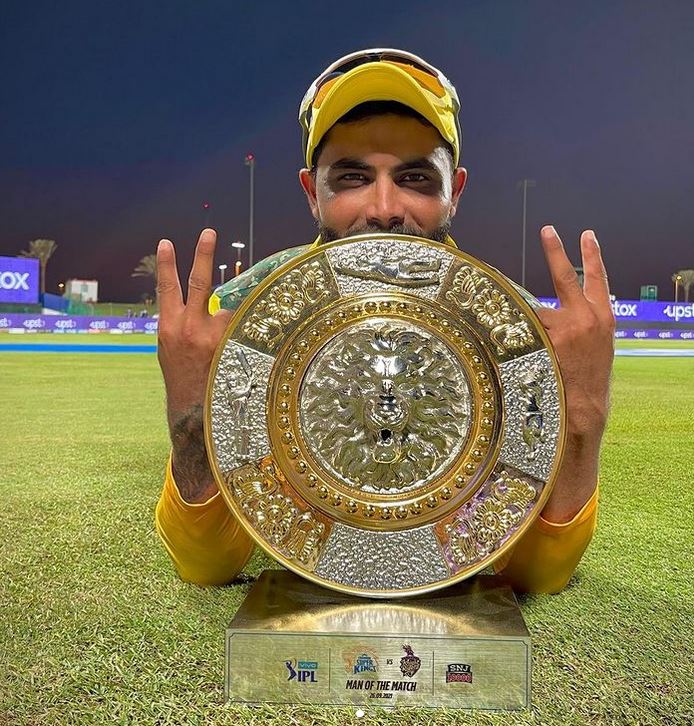 Ravindra Jadeja, a star all-rounder for the Indian National Cricket Team and a former captain of the Chennai Super Kings (CSK), has once more stirred rumours of a dispute with the team by deleting a sincere reply to a tweet sent by the CSK.

Prior to the big auction for the Indian Premier League (IPL) 2022, Jadeja was CSK’s top option to be retained. The franchise paid him INR 16 crore to keep him on staff.
Just a few days before the start of the Indian Premier League (IPL) 2022, on March 24, the iconic captain MS Dhoni gave Jadeja the reins of the CSK. The all-rounder utterly failed in his role as team captain, and the Chennai Super Kings laboured under his guidance, managing only two victories and six losses.

Jadeja’s performance with both the bat and the ball suffered greatly in the 15th season of the lucrative competition, as he scored 112 runs and claimed 5 wickets. Jadeja made the decision to return Dhoni’s captaincy so that he could concentrate on his game after that. Days after stepping down as captain, Jadeja was also forced to withdraw from the competition due to a rib injury.
Jadeja’s removal of all posts about the Chennai Super Kings’ (CSK) IPL 2021 and 2022 campaigns from his official Instagram account last month was a blatant sign that things between him and the team are not good. Fans are already predicting that Jadeja may leave the Chennai Super Kings team after Jadeja removed a post.

The 33-year-old responded by saying he would remain with the team for another 10 years. In response, Jadeja wrote, “10 more to go.” Jadeja, though, has now erased his reply.

Also Read : WEST INDIES TOUR POSTED IN INDIA I was shocked and immediately checked to see if Rishabh Pant was participating in the game when IND versus WI was announced: Suryakumar Yadav Opening, R Sridhar