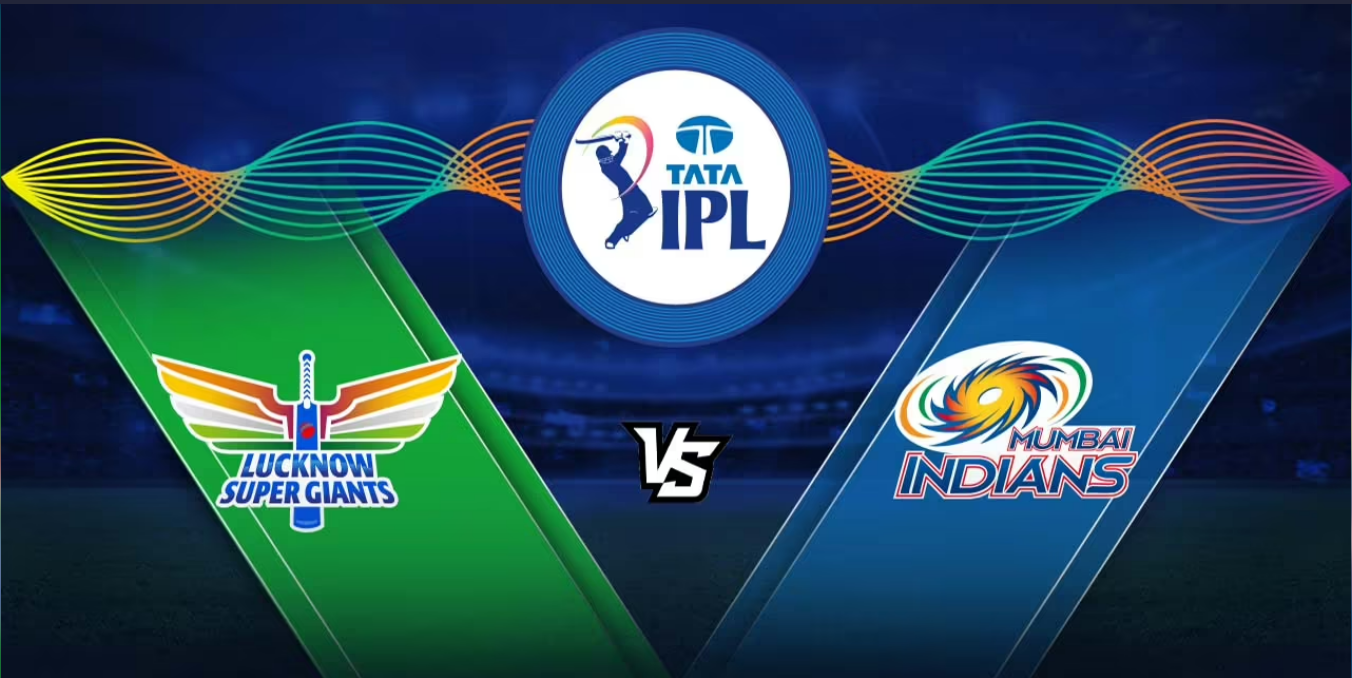 In just over a week, the Lucknow Super Giants will face the Mumbai Indians. The first meeting between these two teams resulted in an LSG victory by 18 runs. LSG has fared significantly better in IPL 2022 than in MI. After all, LSG is in fourth place in the rankings with four wins from seven games, whilst MI has lost all seven games so far.

In the history of the IPL, no team has ever lost its opening eight games, meaning MI could set new records with each loss from now on. Since MI is making some weird player decisions that we can’t understand, team selection has been one of the most troublesome things for us to ponder.

LSG is now the favourite to win this match, but just by a hair, according to the biggest IPL betting services.

IPL 2022 match prediction and betting tips for LSG vs MI. On the 24th of April 2022, the match will be held at Mumbai’s Wankhede Stadium.

LSG had previously lost to RCB in a game in which the squad made several important tactical errors. One of the most egregious decisions made by LSG is to keep Stoinis waiting until the 15th over. That is a horrible use of a talent who has so much more potential.

Quinton de Kock and KL Rahul are also under a lot of pressure to make runs in every match. So far in IPL 2022, these are the only two players for LSG who have scored more over 200 runs. LSG’s batting will be in serious difficulty if these two men go down early.

KL Rahul’s previous record versus MI should be taken into account. In 15 encounters versus them, he has scored 764 runs at an average of 76.4! He obviously enjoys competing against them. You might place a wager on his Over/Under total for this match.

Manish Pandey, Deepak Hooda, Krunal Pandya, and Ayush Badoni make up the LSG middle order, which bowls the majority of the overs. This is a problem because Stoinis and Holder are rarely given enough opportunities to make an effect.

LSG’s bowling attack, in our perspective, is also a touch lacklustre. Ravi Bishnoi usually bowls tight and keeps them in check, but he went for runs in the previous match, and the entire team suffered. Sudhmanth Chameera will bowl first, with Jason Holder appearing to be the designated death bowler. When you add Krunal Pandya, Marcus Stoinis, and Avesh Khan to the mix, you have some nice alternatives, but not nearly as good as some of the other teams.

LSG is a well-balanced squad with a few standout players. However, it is far from unbeatable.

When MI had CSK on the ropes, it must have assumed it had finally won its opening match of IPL 2022. Unfortunately, Jaydev Unadkat had a complete breakdown in the final over, allowing 16 runs off the final four deliveries, snatching victory from the jaws of defeat.

MI’s team selection continues to astound. Their four international players were Rilee Meredith, Daniel Sams, Dewald Brevis, and Kieron Pollard. We would have liked to see Tim David in there, but it appears that he will not be getting any more chances this season.

That’s a real shame, because David is currently one of the best middle-order batters in the world.

In any case, Rohit Sharma, Ishan Kishan, and Kieron Pollard are the three major batsmen who are out of form. Dewald Brevis has also gotten out cheaply in the last couple of games he’s played, and the promise that everyone talks about now needs to be translated into results.

Suryakumar Yadav and Tilak Varma appear to be the only batters in good form at the moment. If you must bet on MI’s batting, we recommend looking at the SKY and Tilak Varma betting markets.

MI’s bowling has been abysmal this season, and it was evident that Rohit was attempting to correct that with his selection decisions. To some extent, it worked, as Daniel Sams, Jasprit Bumrah, Riley Meredith, and even Hrithik Shokeen all performed admirably.

However, Jaydev Unadkat was a disaster. As MI seeks to find a combination that works for it, we could witness a few lineup changes once more.

In this match, we will not be betting on any of the MI bowlers.